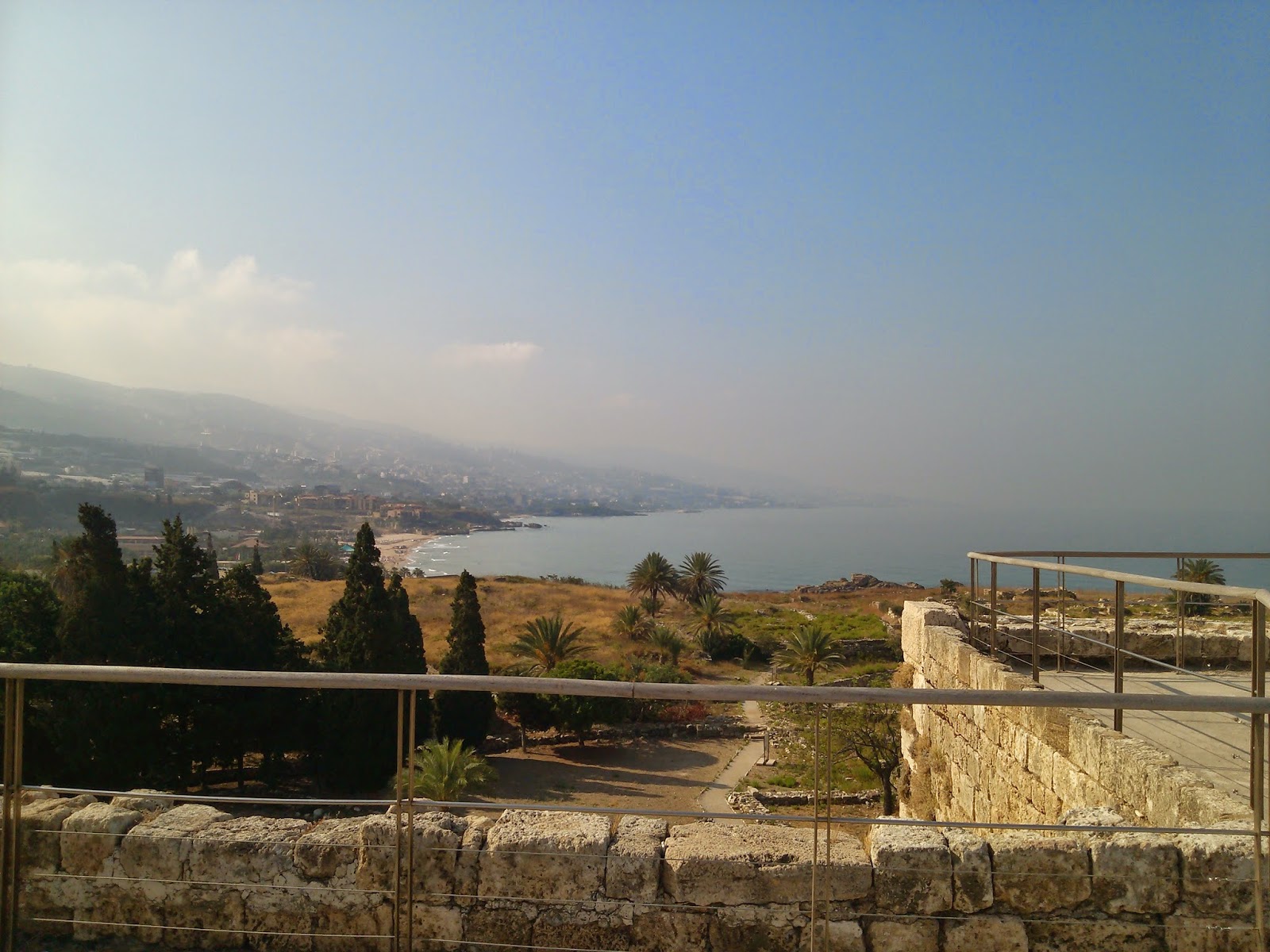 So,  Byblos is Jbail when it isn't working off its passport - the local name.  This city has been continuously occupied by people for at least nine thousand years, and possibly over ten thousand.   It's definitely the oldest continuously inhabited city in the world.  As such, the city has collected names like a social butterfly collects online handles.  It's Byblos to the Greeks, Romans, and those of us who take place-names from classical sources; it's Jbail to the locals and Arabic-speakers, it was Gibelet to the crusaders and Genoans, Gebal to the Phoenicians, Gubal to the ancient Caananites, and Geval to those that wrote the Bible.  The name of the Bible itself is derived from this city, which the archaic Greeks associated with papryus and thus gave the product the name of the city from which they traded it originally; it eventually was associated with the book, and thus "biblos". 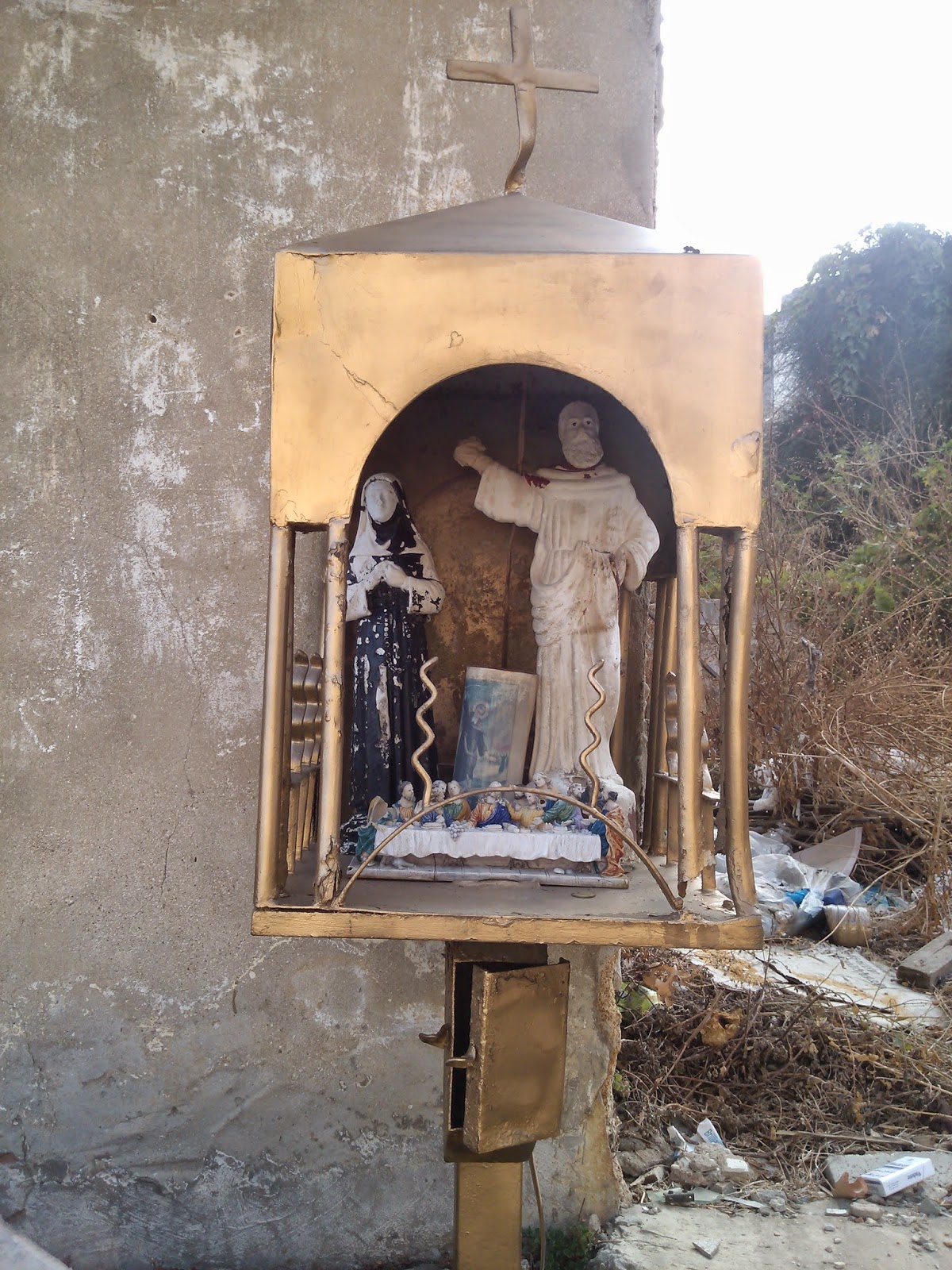 The city is mostly Maronite, with some Shia, and at least one street's worth of Armenians, because I took a wrong turn and found myself in the town's small Armenian quarter, which turns out to be a single dead-end cul-de-sac on the bayside south end of the city.  My hotel was about a mile's walk from the tourist centre of Byblos, which I was told was a safe enough walk.  If you walk out where the drivers can see you, and you can see the drivers, it isn't crazy dangerous to walk the roads.  Assuming that you're walking in a place where the fumes won't choke you.  There were clusters of men  waiting for trucks to pick them up - day-labour, as anyone in the American South or Southwest would recognize.   The area was recognizably Marionite - there were the occasional tiny roadside shrine like this one, scattered every five hundred meters or so along the road.  This one was particularly battered, but the better-kept ones were usually of the Virgin Mary. 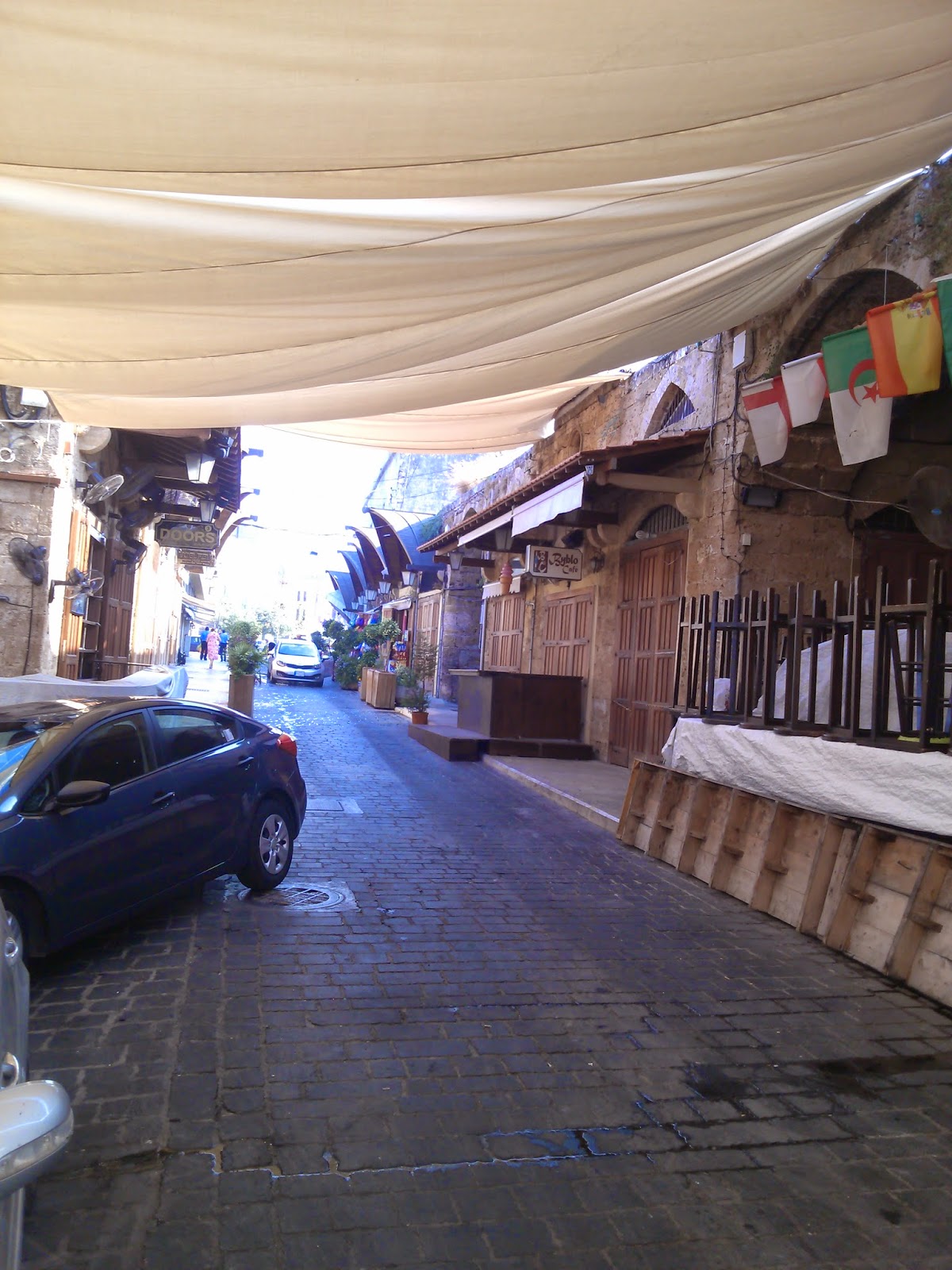 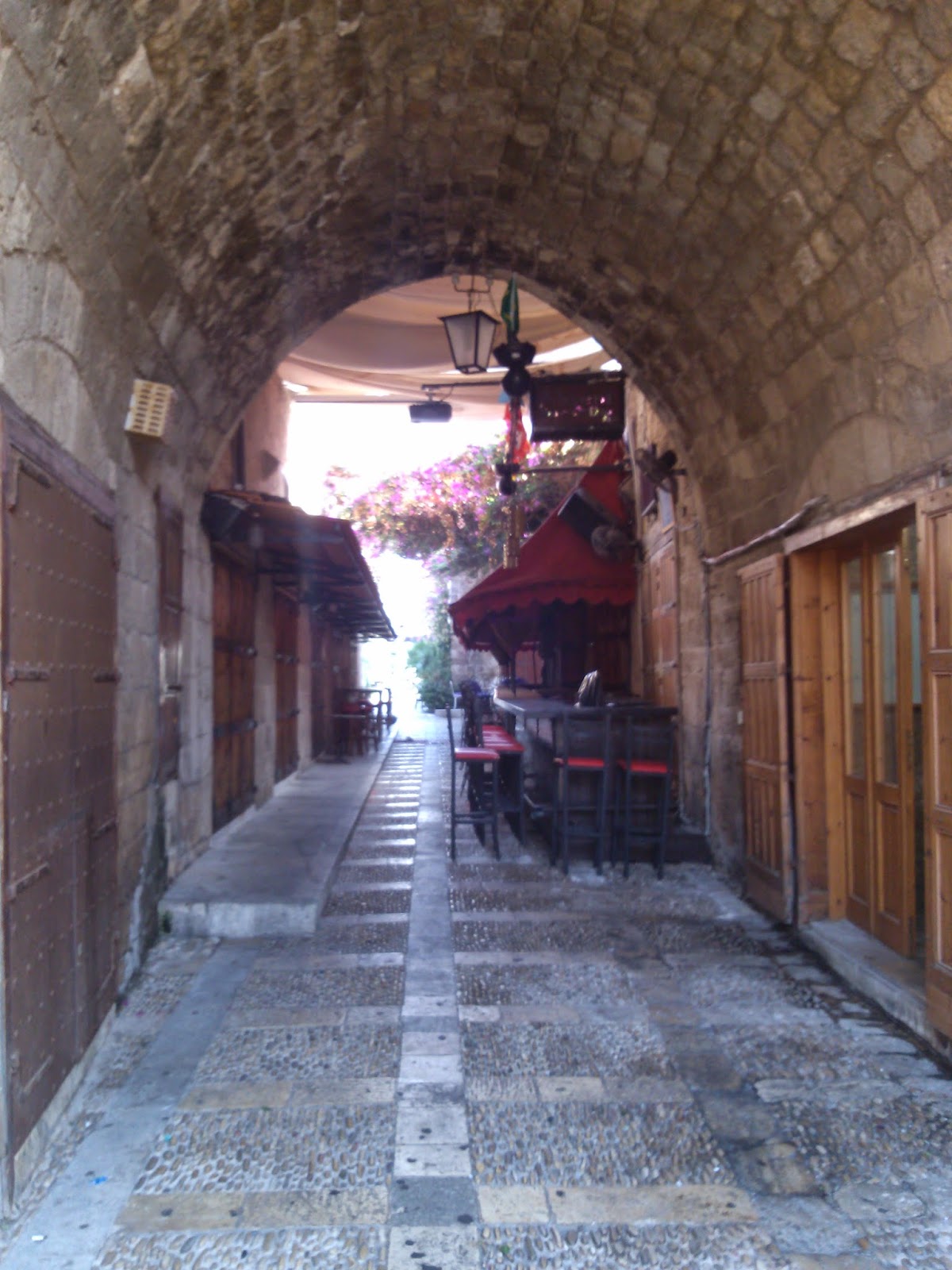 I got there too early in the day for the Souk to be active - the shop-keepers were just opening their doors when I walked through initially - but you can get an idea of how it looks.  Vaulted corridors separating brick alleys with sailcloth flying overhead to keep off the merciless August sun.  Lots of fossils, food, touristy trinkets, and for some reason, at least three places selling shoes.  I almost stopped to buy a new pair, since my current pair had almost blown out by that point, but I didn't have the energy to really get down to figuring out if they'd have any tennis shoes in my size in a reasonable color - they tended towards bright primary-color flashy trainers, not at all my style. 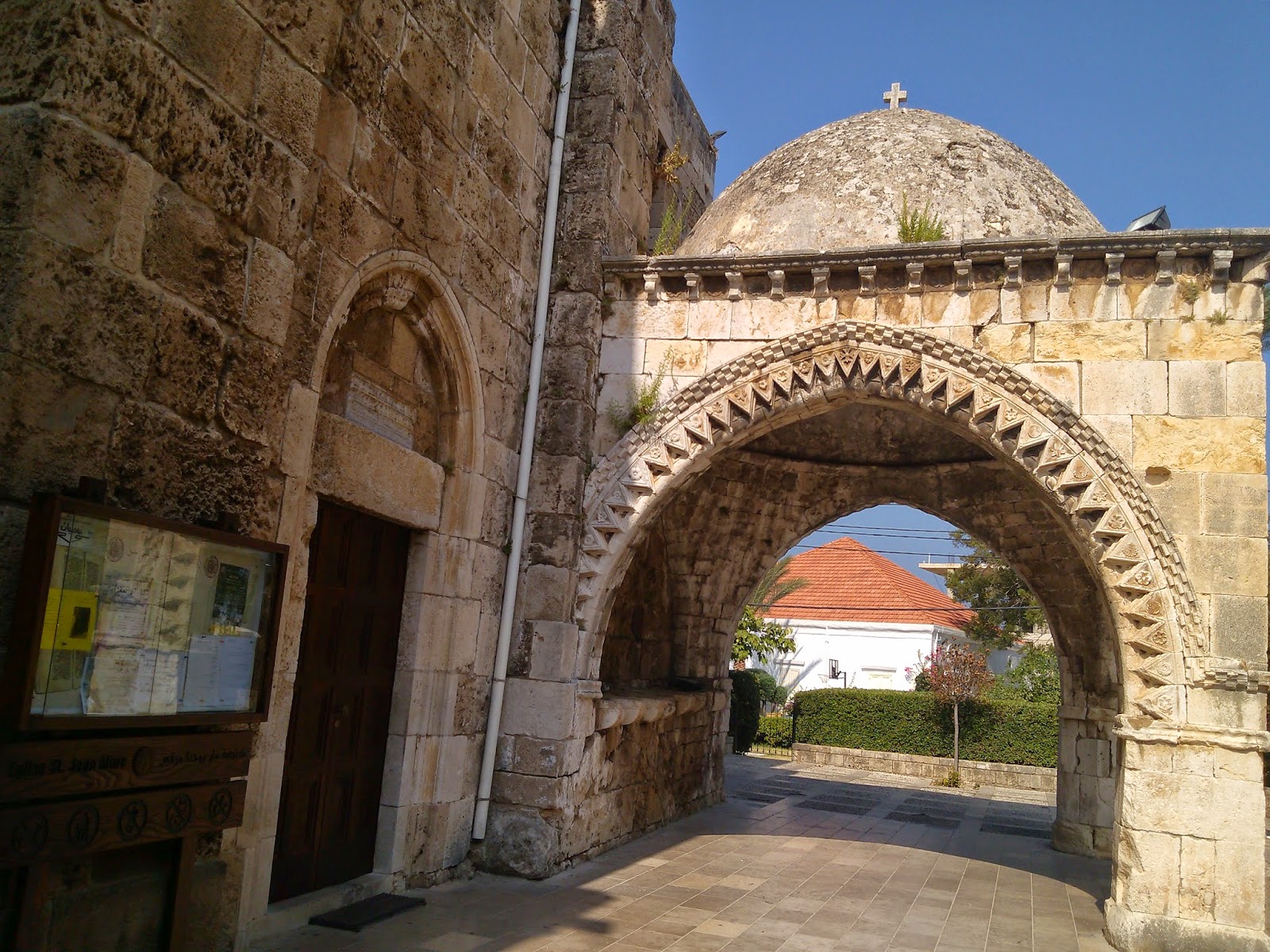 As I said, this is a Maronite town.  This is L'eglise St. Jean-Marc, a Maronite church with, I think, an attached school for young children.   It was quite a large compound, to the north and east of the souk and the ruins of Byblos of which, much more next time.
Posted by Mitch H. on 9/02/2014