This entertaining if nihilistic essay by Patton Oswalt seems to demonstrate that he took his brief stint on Dollhouse way, way too much to heart. It's a geek rant by an off-brand Tyler Durden, plotting to destroy otaku-consumerist society via the trash-culture Singularity. Since he used to be a fixture on those VH1 list shows he's proposing to use for his plot to goad otaku-pop into eating itself, I'm not sure whether we're supposed to take it seriously, or not.

There's a clever observation in the comment section about "generational shovel envy" that probably addresses the serious concerns inside Oswalt's comedy. Otherwise, I'd note that if the otakuficiation of mundanity offends you, you either need to get over your need to be a special and unique snowflake, or grow up & start working on a connection with high culture - you've obviously got too much inherent pomposity to comfortably slum about in trash culture in the long run.
Posted by Mitch H. on 12/30/2010 1 comment: 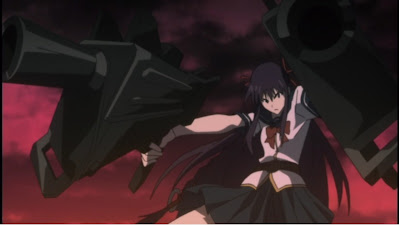 Yeah, we're about due for the rapture. Pat Robertson has gotten to my left on drug legalization.
Posted by Mitch H. on 12/23/2010 No comments:
I just got a comment on a very old post asking what I thought of WikiLeaks & then chiding me for being inactive. When even the spambots think you've been too quiet, you've been too quiet. I'll try and come up with something later today... meanwhile, I think that Assange was born to hang, but he probably shouldn't be prosecuted. Just quietly abducted, shot, and buried in a saltmine somewhere.
Posted by Mitch H. on 12/23/2010 No comments:

Wow, it's official. Keith Olbermann is the second coming of Father Charles Coughlin, the ravening socialist-progressive for whom FDR's less-than-absolute dedication to nationalization, socialization, and blood-on-the-walls class warfare was a stinging betrayal. Imbeciles who claim an equivalence between Coughlin and Glenn Beck or Rush Limbaugh are apparently ignorant of Coughlin's original stance as one of FDR's most fervent supporters during the 1932 campaign and the early days of his first term in office. It was only after FDR failed to descend upon Wall Street, burning sword in hand, to scour the money-changers from the temple, that Coughlin turned on the second Roosevelt, foaming like a rabid beast.

h/t
Posted by Mitch H. on 12/08/2010 No comments:
These two connect-the-dots posts on Warren Buffett and his long-standing "altruistic" embrace of estate taxes are kind of devastating. Unless you have an ad hominem hostility to ideologically-oriented big-think blogs like the American Thinker and Human Events, I suppose. Now that I look at it, te American Thinker post is more of an ideological exclamation point, whereas the Human Events post is the meat of the matter.

Short form? The estate tax is the threat, Buffett's insurance company combine is the protection racket, and his distress-sale merger arm is a modified busting-out operation capitalizing on the chaos caused by the interaction of the first two scams.

My one concern with the Human Events post is the possibility that the forced-charity case may be weakened by a variation on Friedman's permanent income hypothesis - that the projected return of the estate tax means that charity strategies are largely unaffected because their purpose is long-term, and in the long term, the estate planners expect a return of the conditions which drive forced charity.

First snow of the season, just enough stuck to create ice patches here and there. Creeks are high, yesterday there was some flooding in some places. I'd say that winter is here. Relatively mild so far, hopefully all of our miserable has been rationed out to the mountain-west, greater Midwest, and England this year.
Posted by Mitch H. on 12/02/2010 2 comments:

An update from Michael Yon, relaying an email response by Defense Sec'y Gates to the WikiLeaks diplomatic cable eruption. It pretty much says what needs to be said on the subject, barring any serious bombshells hidden deep under the manure pile.

The WikiLeaks people still need to hang, though. Not because they're "terrorists" - thank you, Rep. King, for reminding people of how damn foolish congressmen can be - but because they're spies. We don't hang spies as much as we used to do - but we ought to. Incentives matter, and the prospect of hanging concentrates the mind wonderfully.
Posted by Mitch H. on 12/01/2010 No comments:
Newer Posts Older Posts Home
Subscribe to: Posts (Atom)